Language of Letting Go brings you 50 cards to help remind you that each day you can ask for and accept the healing energy of God and the Universe.

The Language of Letting Go Cards brings you 50 cards to help remind you that each day you can ask for and accept the healing energy of God and the Universe. This beautifully illustrated deck will inspire you to live in the here-and-now; and by doing so, you can allow life to happen instead of trying to force outcomes. When you relinquish regrets over the past and fears about the future, you can truly make the most of every day.

About the Author of Language Of Letting Go Cards

Melody Beattie – the best-selling author of The Language of Letting Go, has written 12 books. Born in St. Paul, Minnesota, she now lives in Southern California. Her hobbies include skydiving, yoga, travel, and hiking.

Melody Beattie is one of America’s most beloved self-help authors and a household name in addiction and recovery circles.

Her international bestselling book, Codependent No More, introduced the world to the term “codependency” in 1986.

Millions of readers have trusted Melody’s words of wisdom and guidance because she knows firsthand what they’re going through.

In her lifetime, she has survived abandonment, kidnapping, sexual abuse, drug and alcohol addiction, divorce, and the death of a child. “Beattie understands being overboard, which helps her throw bestselling lifelines to those still adrift,” said Time Magazine.

Melody was born in St. Paul, Minnesota in 1948.  Her father left home when she was a toddler, and she was raised by her mother.  She was abducted by a stranger at age four.

Although she was rescued the same day, the incident set the tone for a childhood of abuse, and she was sexually abused by a neighbor throughout her youth.  Her mother turned a blind eye, just as she had denied the occurrence of abuse in her own past.

“My mother was a classic codependent,” Melody recalls. “If she had a migraine, she wouldn’t take an aspirin because she didn’t do drugs.  She believed in suffering.”  Unlike her mother, Melody was determined to self-medicate her emotional pain.

Beattie began drinking at age 12, was a full-blown alcoholic by age 13, and a junkie by 18, even as she graduated from high school with honors. She ran with a crowd who robbed pharmacies to get drugs. After several arrests, a judge mandated that she had to “go to treatment for as long as it takes or go to jail.”

Melody continued to score drugs in treatment until a spiritual epiphany transformed her. “I was on the lawn smoking dope when the world turned this purplish color. Everything looked connected—like a Monet painting.

It wasn’t a hallucination; it was what the Big Book of Alcoholics Anonymous calls ‘a spiritual awakening.’  Until then, I’d felt entitled to use drugs. I finally realized that if I put half as much energy into doing the right thing as I had into doing wrong, I could do anything,” Beattie said.

After eight months of treatment, Melody left the hospital clean and sober, ready to take on new goals: helping others get sober, and getting married and having a family of her own.  She married a former alcoholic who was also a prominent and respected counselor and had two children with him.

Although she had stopped drinking and using drugs, she found herself sinking in despair.  She discovered that her husband wasn’t sober; he’d been drinking and lying about it since before their marriage.

During her work with the spouses of addicts at a treatment center, she realized the problems that had led to her alcoholism were still there.  Her pain wasn’t about her husband or his drinking; it was about her.

There wasn’t a word for codependency yet.  While Melody didn’t coin the term codependency, she became passionate about the subject. What was this thing we were doing to ourselves?

Driven into the ground financially by her husband’s alcoholism, Melody turned a life-long passion for writing into a career in journalism, writing about the issues that had consumed her for years.

Her 24-year writing career has produced fifteen books published in twenty languages and hundreds of newspaper and magazine articles.  She has been a frequent guest on many national television shows, including Oprah.

She and her books continue to be featured regularly in national publications including Time, People, and most major periodicals around the world.

Although it almost destroyed her when her twelve-year-old son Shane died in a ski accident in 1991, eventually Melody picked up the pieces of her life again.

“I wanted to die, but I kept waking up alive,” she says. She began skydiving, mountain-climbing, and teaching others what she’d learned about grief. 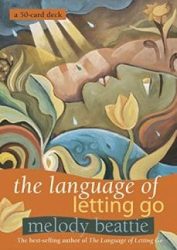